While Victor Kiam was an entrepreneur and football team owner, not a mental health professional, his characterization of procrastination is spot-on.  Many who recognize the procrastination in their life also acknowledge the multitude of losses that are the direct result of this behavior.  For a more clinical description, the Centre for Clinical Interventions defines procrastination as

“making a decision for no valid reason to delay or not complete a task or goal you’ve committed to, and instead doing something of lesser importance, despite there being negative consequences to not following through on the original task or goal.” (Bold in original text.) 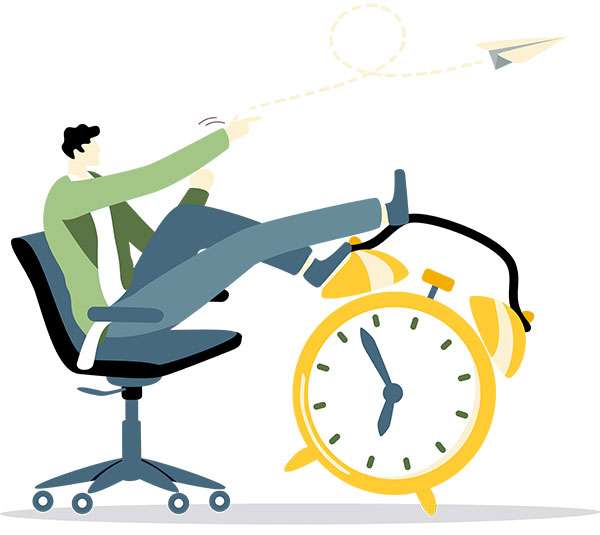 One in five will self-identify as a chronic procrastinator, putting things off until the last minute – taxes, holiday shopping, paying bills.  We all have the opportunity to procrastinate and may do so from time to time.  However, when an individual procrastinates often enough or in multiple arenas, this seemingly innocent delaying behavior readily becomes problematic.  Just as it is possible to procrastinate in different areas of ones life, there are different reasons why people procrastinate.  The behavior can serve multiple purposes.  The three primary themes seen with procrastination are avoidance, indecision, and thrill-seeking.

Avoidant behaviors are typically seen in association with depression and anxiety.  When there’s a fear of failure, it’s much more comfortable in the moment to put off the task.  Think of it as “putting off until tomorrow what you might mess up today.”  Compound this with uncertainty and low self-confidence, which are both seen in the case of anxiety and depression.

Indecision and procrastination can be manifestations of broader-reaching executive functioning deficits.  Consider the diagnosis of Attention Deficit/Hyperactivity Disorder (ADHD) and the elements of inattention: difficulty sustaining attention, failing to finish tasks, difficulty organizing, avoiding tasks that require sustained mental effort, being easily distracted, and being forgetful.  All of these could feed into the observable pattern of procrastination behaviors.

For some individuals, waiting until the last minute can create a sense drama or an aura of importance.  Working on a paper or project up until the very last moment and running in, breathless, to hand it in just before the deadline (or perhaps just after the deadline) can be quite exhilarating.  There is the mistaken belief often held by procrastinators that the pressure of the last minute helps with creativity and ultimately better results.  Studies have indicated that college students who procrastinated on their coursework did not perform any better and were not viewed as being any more creative than those who started well in advance.  This also applies to non-academic settings, whether it’s completing a project for the boss at work or finishing an activity with children at home.

Cognitive Behavior Therapy (CBT) approaches have been empirically-supported to be able to effectively challenge procrastination by helping the individual to:

Considering that 20% of the population self-identifies as chronically procrastinating, it is easy to understand how this pattern of behaviors can be a far-reaching issue.  Procrastinating behaviors often complicate the presentation and treatment of many mental health issues.  For more about this topic, read Procrastination and the Search for Motivation.